Published in What's he wearing?
5 years ago   by whats-he-wearing.com 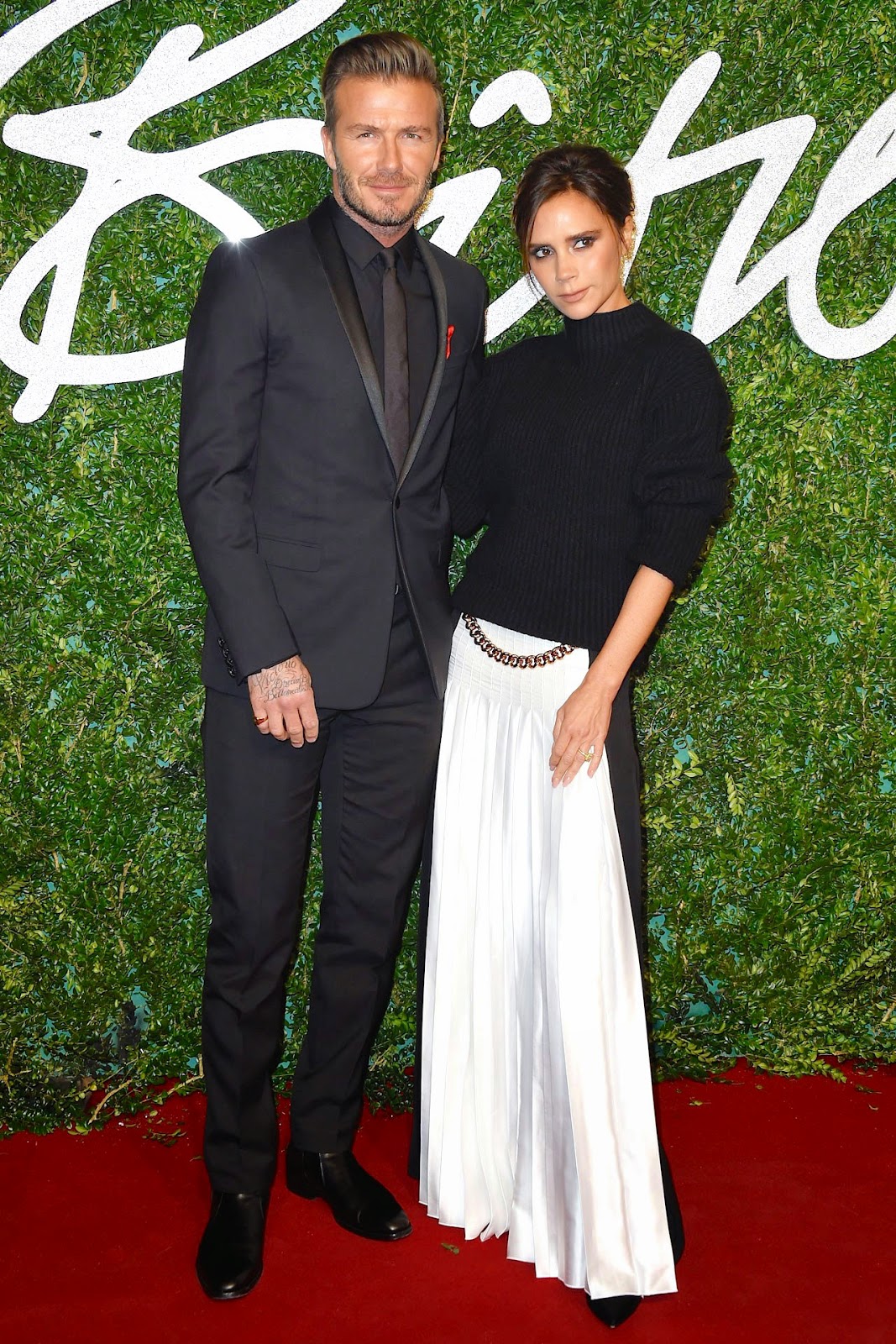 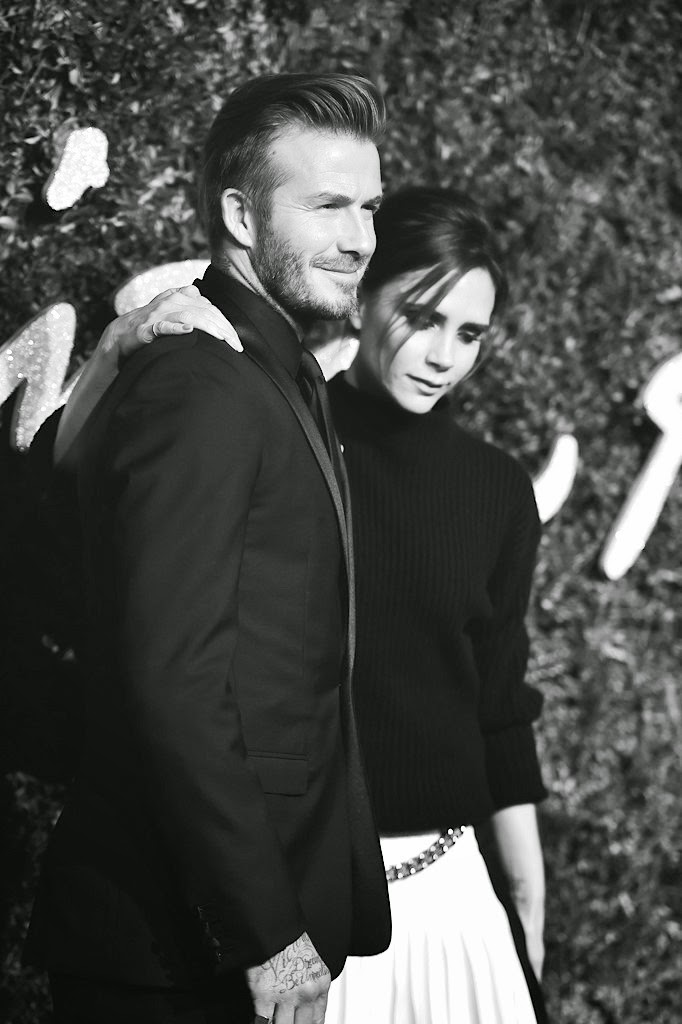 It was a case of déjà vu for the above two: same green foliage background against the bright red carpet at the same venue the night before, both wearing the same labels two nights in a row. The night before, David Beckham wore a Dior Homme shawl collar tuxedo in navy, and he wore the similar suit in black for the British Fashion Awards. Opting for a black shirt and tie, the former professional footballer chose to showcase textures rather than colours for this event. Proving yet again their love for coordinating outfits, the Beckhams stuck to black and white for the evening, with a pop of colour from David's red ribbon pin in support of World AIDs Day. David's gold signet ring also matches Victoria's chain detail dress. Love these two, I really do.
Great tailoring on David Beckham, I love the slim and stylish contrast shawl collar of his jacket. A stunning standalone look no less, but as I have seen the version in blue the night before, I must say I am very much enamoured with that look. Which look do you prefer?
Shop Dior Homme online from Dior Homme: